up next:
now reading: A Glimpse of Post-Assad Syria: Inside Aleppo's New Islamic Justice Committees 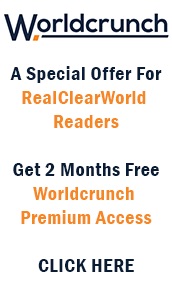 For nearly three months, a rumor has been spreading through Aleppo: whoever faces hardship, however small, can go to a hearing of the "Committee for the promotion of good deeds and support of the oppressed."

There, in this northern neighborhood of the country's largest city, members of the Free Syrian Army (FSA) are "enforcing justice" and "asserting the rights" of the ever growing number of people who are deeply distressed or simply disgruntled.

"It has become one of the town's most popular areas, everyone wants to be a part of it," says Abu Mustapha. It's not quite a courthouse, but almost. It's not quite social services either. It's not even a political space - the only thing it is is religious. It's an unprecedented glimpse, the people hope, of what an Assad-free Syria would look like.

Like everywhere else in northern Syria, the civil servants paid by the Assad regime (teachers, doctors, judges, policemen, administrative employees) fled when the FSA arrived. It sometimes only took one night for public services and institutions to empty, leaving a 70-kilometer long strip disconnected from the official Syria, the Turkish border to half of Aleppo.

"We went from dictatorship to nothing. The war is not over yet, but chaos is looming at every corner. So we are taking things in our hands, everyone is doing what they can," says Ahmed Al-Rhami, a member of the committee.

In this administrative desert, it takes pragmatism, improvisation and incredible willpower to launch initiatives. The day after the Bab Salama customs office was taken over by the FSA in Aug. 2012, a new customs stamp was already in effect, stamping documents with "Syrian Arab Democracy."

You would think a brand new regime - even temporary - would choose a truly symbolic name, the fruit of much debating, brawling or even quick brainstorming. Think again. "The group who had the stamp made in Turkey came up with it," says an official at the border's press office. Here, like elsewhere, nothing was looted - or almost nothing. The official buildings are intact - minus combat scars - and a list displaying the items of furniture found by the rebels when they took over have been posted on the wall "so that we are not accused of stealing anything, like Bashar's bandits would."

One of the most sensitive subjects for the new authorities is justice: "If it wasn't for this issue, would the revolution have even happened? If you recall, the first slogan was against injustice. The rebels know that they have to show they are different," explains a pastry seller. He came to volunteer his services to the committee.

Every day, more and more want to participate, with volunteers lining the halls this day. "It's also a way to support the current movement without holding a rifle," says a man wearing a Lady Gaga t-shirt under his winter coat. "In my case, I'm too old to fight, I don't even like fighting."

A mixed bag of misery
As we talked, the lights suddenly go out in the hall, but we continue to talk in the darkness of the rainy morning. Nobody seems to pay attention to the blackout - electricity problems have been a regular occurrence since the beginning of the war - except in Damascus, they say. "But we don't really know what's happening over there," says someone from the shadows, in a djellaba loose-fitting outer robe.

A member of the committee announces that the candidates have to go through a selection process. "You mean we need connections, just like before?" shouts a barber. The committee member adds that there are criteria and a test. "What kind of test?" asks the pastry seller. "You will be questioned on religion: what are alms, what is purification," the man answers. Silence. "Will you establish Islamic justice later on?" asks the man from the shadows in the djellaba.

The committee has started seeing the day's cases. One after another, people come to explain their problems, a mixed bag of war and poverty-related misery. A father asks for a new home, his house is on the front line, in the Salah Adine district, he says. "We only give a home to large families who had their houses destroyed," says the committee.

Two youths have cut down trees in the street to heat their families. Forbidden. "Don't forget that the trees have souls too, don't do it again." A man has come to report that an armed group kidnapped him for a 5 million Syrian Pound ransom ($64). A woman asks for her son's freedom. He was taken away by the FSA for stealing a TV set. A man asks for bread to feed his family. Another wants a generator for his textile workshop. "Buy your own tools," says the committee.They say yes for the bread, but just this once.

It is the turn of a woman. She stands, smiles cheekily. She doesn't overdo it, because just like everyone else, she has come to ask something. "Look at you, you can't even wear your veil right, your hair is showing," says the president of the committee. Abu Souleyman, 50, is one of the people who became famous during the revolution.

Here, everyone knows Souleyman, an educated man from a poor but charitable family. In the 1980s, his father and brother were arrested and tortured - they were accused of belonging to the Muslim Brotherhood party, the regime's archenemy whose members were viciously hunted down.

Souleyman knew that his name alone could get him arrested, and that he wouldn't amount to anything under this regime. He tried his hand at the business world in Dubai. He studied the Koran and grew a beard, which he wears proudly. For him it is a strong message addressed to a regime known for its intolerance against the display of religious signs. Those who were caught with them are made to kneel before the presidential portrait and say: "There is no other god than Bashar."

A natural
During the first protests, almost two years ago, Souleyman realized he was a natural "revolutionary." With a group of neighborhood people, "whose hearts had been blackened by the regime," and not a lot to lose, he organized protests. It wasn't about ideology. The Arab Spring was their model, and Bashar's fall the objective.

Souleyman was almost immediately arrested, tortured and freed two weeks later as an example for his fellow citizens. Until the fall of the city, he hid in a basement under a mechanic's workshop. "In the beginning, we only wanted to change a few things, now we want everything to change, but no one knows what to do. There is not a single candidate to replace Bashar," says Mohammed, another protestor from the same group. "To be true, we didn't let any of the parties in. Even the Muslim Brotherhood asked to join us, but we said no."

Mohammed shakes his head. He says he is willing to sacrifice his life for Syria, but doesn't know exactly how or why. "We don't like to talk about politics anyway, we're not used to it after 40 years of dictatorship."

Unlike the cities, every one of these little rural towns has its own courthouse. Running parallel to Assad's courts, there has always been a traditional Islamic justice as well. "Here, more than 70% of people have always these courts, they didn't trust the other system," explains a sheik who has been working in these courts for 30 years. When the regime collapsed, this religious justice system spontaneously replaced the other.

Around the sheik, bearded youths are drinking tea wearing combat fatigues, keffiyeh cotton scarfs around their heads like a turban, sometimes only revealing their eyes. No one here is in the army: "it's just the way we dress," says one of the men. If the region were still under Assad's authority, the youths wouldn't walk around wearing this kind of garb. The thought of makes him laugh. The man next to him is a former magistrate, the only one who didn't flee the region.

"I will have to start learning Sharia law," he says.

The sheik nudges him in the back: "For me, ‘judge' means ‘thief.' I never would have thought that I'd be working with you one day." The sheik sighs and says what really peeves him are the Western journalists who ask the same questions over again: "Will you be cutting hands off? Will you be stoning women?" He says he is for a softer Islam.

Another round of tea is served. The youths joke. "I hope there won't be any hand cutting, but then again, that wouldn't shock me. No more than an American would be shocked in front of an electric chair. Who knows what is going to happen?"

A Mig fighter jet rips through the air. The youths rush outside. The jet is flying low, making a nearly apocalyptic roar. As it flies over the city, it drops a bomb. The young men are shouting, "Who's going to die today!?" The each lift an arm in excitement, pointing up at the sky to film it all with their mobile phones.