Can America Remain a Pacific Power? 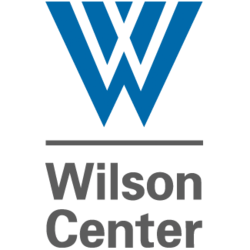 Through his tough talk and shrill rhetoric, the president of the Philippines is giving voice to deep concerns quietly harbored by other leaders in the Asia-Pacific.

Rodrigo Duterte, the Philippines’ shoot-from-the-hip president, has generated headlines for his withering and often profane anti-American views. He routinely insults the United States, and in recent days has suggested that such strident sentiment could translate to policy shifts.

On Oct. 21, Duterte, speaking in Beijing, threatened his country’s “separation” from its long-standing alliance with the United States (a threat he later walked back somewhat). Then, on Oct. 26, this time speaking in Tokyo, Duterte called on U.S. troops to withdraw from his country within the next two years. Such a move would jeopardize a bilateral mutual defense treaty that is a cornerstone of the U.S. defense umbrella in Asia.

Coming from a leader in a region where the United States enjoys more friends than foes, this is all quite unsettling.

Yet Duterte is not necessarily an anomaly.

Through his tough talk and shrill rhetoric, Duterte is giving voice to concerns quietly harbored by other leaders in the Asia-Pacific. Above all, he is loudly articulating their growing confusion about future U.S. regional leadership.

Quite simply, U.S. credibility as a Pacific power is in peril.

Many Asia-Pacific nations are skeptical that Washington is able or willing to complete its much-ballyhooed rebalance to Asia. “Asian countries are prone to anxiety about the behavior of major powers,” said Daniel R. Russel, the U.S. assistant secretary of state for Asia, earlier this year. “And now there is angst about what comes next and the sustainability of the rebalance.”

The rebalance policy, first formally articulated in a speech by U.S. President Barack Obama to the Australian parliament nearly five years ago, is meant to direct more U.S. engagement and resources to the region. Yet despite Washington’s many assurances and high-level visits, and stepped-up U.S. participation in joint exercises with friendly militaries in the region, many Asian leaders are not convinced that America is committed. They have a point. For Washington, rebalancing to Asia is no easy task given its crowded front burner of foreign policy priorities. Washington has been unable and unwilling to extricate itself from crises in the Middle East, Europe, and Russia.

Asian governments are not sanguine about future U.S. leadership in the region. Particularly galling to them are presidential candidate Donald Trump’s repeated complaints that U.S. allies such as Japan and South Korea don’t do enough to support the U.S.-led defense system in the region—even though Tokyo pays around $1.7 billion a year to support U.S. bases in Japan, and has pledged to spend about $3.1 billion to relocate about 4,000 U.S. troops to Guam. Seoul spends nearly $870 million a year on the U.S. presence in South Korea.

Also worrisome for America’s Asian friends is the staunch opposition of both U.S. presidential candidates to the Trans-Pacific Partnership (TPP) trade agreement. The White House, a driving force behind the accord, is working feverishly to get Congress to ratify TPP before Obama leaves office. Administration officials rightly argue that the accord is essential for U.S. leadership in Asia and that it will create new opportunities for U.S. business. There is little chance, however, that the Obama administration will succeed, thanks to sentiment on Capitol Hill and major time constraints.

Should the next presidential administration abandon TPP, U.S. credibility in Asia would suffer a huge hit. More broadly, its ability to commit to any international agreement would be questioned in the future.

To be sure, Duterte and other Asia-Pacific leaders have incentives to distance themselves from the United States for reasons unrelated to concerns about American leadership. Some are wholly practical. China, for example, is willing to fork over billions of dollars to the Philippines for much-needed infrastructure development—sums the United States simply cannot provide.

Additionally, for U.S. alliance partners, the need to host American military bases imposes high social costs at home. In Japan, the U.S. military presence on the southern island of Okinawa has long been a tension point between residents and the Japanese government. Tokyo wants to ensure an uninterrupted U.S. security commitment, but it also wants to lessen the burden on the local population of having to host American forces. It’s the same difficult balance that Duterte will have to strike—a balance he could well conclude is unattainable.

All this said, Washington’s lack of clarity about its commitment to Asia has made the region’s leadership impatient and, in the case of the Philippines president, angry. Duterte’s threat to shore up relations with Beijing while leaving America in the lurch underscores the risks of an incomplete rebalance.

In effect, if the United States needed a wake up call about its ambiguous commitment to Asia, Duterte has provided it.

To this end, the next administration should engineer a robust new push for TPP. It should reassert the importance of its long-standing military alliances with Japan, South Korea, Thailand, and, yes, the Philippines. It should continue to cultivate stronger ties with newer friends like Vietnam. And it should keep deepening its relations with India—a nation, like the United States, trying to intensify engagement in the Asia-Pacific to push back against the increasing influence of China.

Ultimately, the next U.S. president must ensure that Asia—home to two-thirds of the world’s population and nearly 40 percent of its gross domestic product—is not written out of the U.S. foreign policy script. U.S. credibility in one of the world’s most critical regions hangs in the balance.