What the Ukraine War Means for the Balkans

The European Bank for Reconstruction and Development is hosting the Western Balkans Investment Summit on Monday, with the leaders of Albania, Bosnia-Herzegovina, Kosovo, Montenegro, North Macedonia and Serbia all in attendance. The EU enlargement commissioner, Oliver Varhelyi, will also address the summit.

Important though the EBRD is – it’s the largest institutional investor in the region, having provided more than 15 billion euros ($17 billion) in funds to date – sometimes a summit is just a summit. But in light of the war in Ukraine, and the amount of attention the West is paying these countries, it reveals the fragility of the region.

On Feb. 24 – the day the EBRD announced the summit, and the day the invasion in Ukraine started – the European Union Force in Bosnia and Herzegovina (EUFOR) said it increased the number of peacekeepers in the country (some 500 soldiers comprising four companies) as a “precautionary measure” – less as a direct response to Ukraine and more as a way to get ahead of destabilized international security. Rumors about an additional deployment of troops at short notice abound, often citing unnamed EU officials.

Bosnia isn’t the only country in the region hosting peacekeeping forces. In Kosovo, the NATO-led Kosovo Force (KFOR) includes roughly 4,000 troops. They were last on alert in September 2021 when tensions rose between Serbia and Kosovo. Last week, there were fears of renewed tensions after Serbian President Aleksandar Vucic announced his country would not impose sanctions against Russia over its invasion of Ukraine – because Moscow did not sanction Belgrade in 1990 and has supported Serbia’s territorial integrity by not recognizing Kosovo’s independence. On Sunday, Kosovo asked the United States to establish a permanent military base in the country and speed up its integration into NATO after confirming it too will impose sanctions against Russia.

The Balkans are famously unstable. Bosnia, for example, consists of two autonomous entities: the Serb-majority Republika Srpska and the Federation of Bosnia and Herzegovina, populated mainly by Bosniaks and Croats. Its government was structured by the Dayton Agreement in 1995, the idea being that it would be the best way for three embittered ethnicities to share power after the war. But bad blood persists, and little progress has since been made. With the economy going from bad to worse, the only thing the Croats, the Bosniaks and the Serbs living in the country seem to have in common is migrating to Western Europe where they can hope for a decent living. They blame politicians for not doing much for the stability of the country. 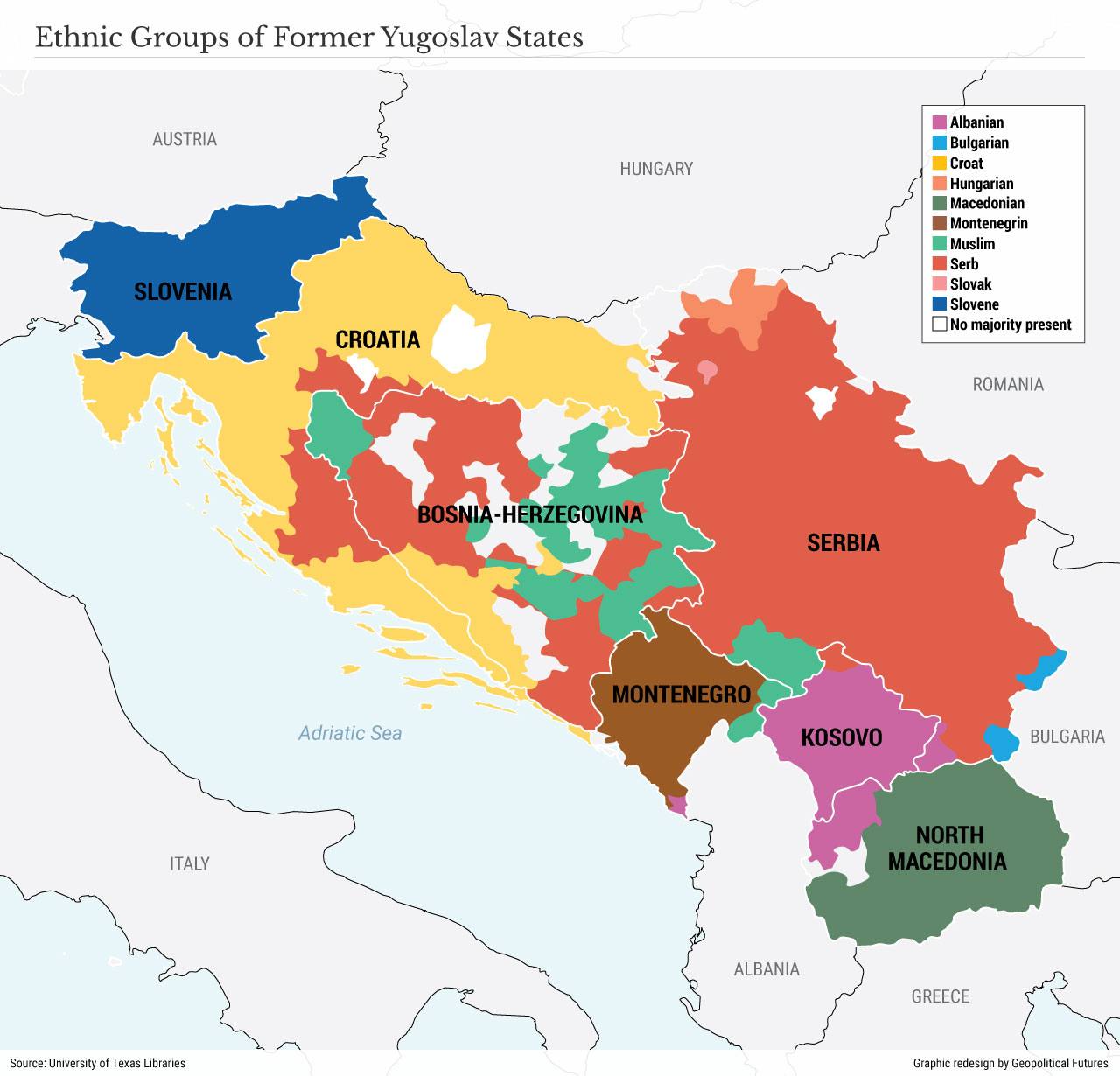 They may have a point; politicians rarely speak about socio-economic problems, preferring instead to cast blame and stoke their nationalist and separatist bases. In fact, EUFOR’s decision to deploy more troops comes only a few weeks after renewed ethnic tensions, thanks largely to calls from Milorad Dodik, the Serb member of the tripartite presidency, for an independent Republika Srpska.

The Serb Republic isn’t the only concern. Croat political parties have threatened to boycott elections in October if the electoral law isn’t amended to increase Croats’ presence in national institutions. On Feb. 19, the Croatian National Assembly, an umbrella organization that represents most Bosnian Croat political parties, threatened to launch legal procedures to create its own entity if its conditions are not met.

On Feb. 22, just after the EU discussed the situation in Bosnia, Croatia called for the next EU summit in March to discuss the political impasse in the country. The problem is that discussing doesn’t really solve the matter. Instead, the opponents of the West are taking all such summits as good excuses to increase their own rhetoric. Just as the EU foreign ministers were discussing the situation in Bosnia, Dodik accused the U.S. and the Europeans of favoring Bosnia’s Muslim majority, the Bosniaks, in a way that destabilizes the country in the long run.

Which is why the war in Ukraine matters here. Russia is hugely influential in the Balkans, and Moscow has made similar comments as Dodik for years. Dodik has a good working relationship with Russian President Vladimir Putin, and the Russian Embassy in Sarajevo has repeatedly said Russia would “react” if Bosnia ever took steps to join NATO. (Relatedly, this is why Kosovo’s recent request to join NATO is so consequential.) More important, Russia is Bosnia’s biggest investor, and the country relies exclusively on Russia for its natural gas. Not to mention the years of strategic partnership between Russia and Republika Srpska that involved everything from helping Dodik politically to regular training of the republic’s security forces. In December 2021, Russia even promised to support Bosnian Serbs in their disputes over power-sharing in the country.

The conflict in Ukraine began with Russia recognizing the independence of the two separatist republics. A renewed crisis in the Balkans could start with Dodik thinking it’s time for Russia to recognize the independence of Republika Srpska. He has expressed support for the Russian invasion and said he is dissatisfied with Bosnia’s decision to cosign the EU statement condemning it. It’s certainly possible that he is stoking tensions to help carry him through elections, which he is wont to do, but considering the economic and political fragility of Bosnia, political chatter can turn into something much more violent.